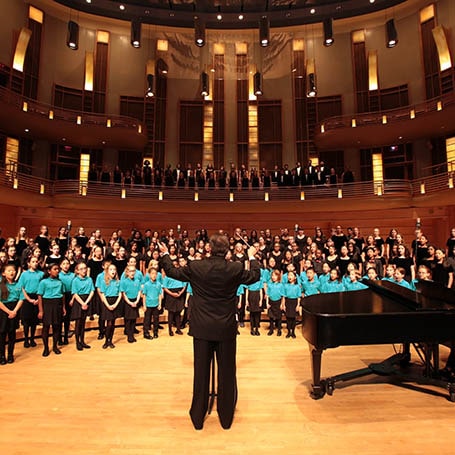 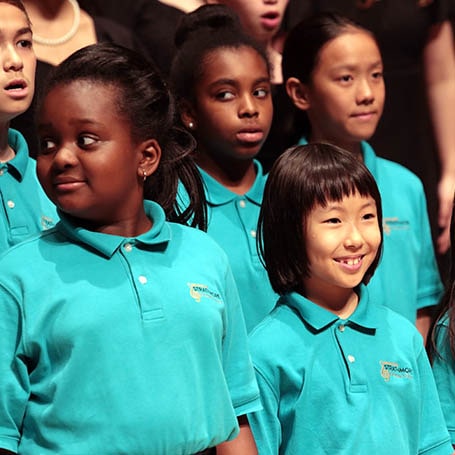 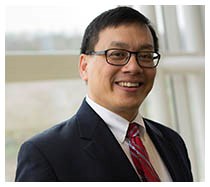 Michael Wu has  served as a guest conductor, adjudicator, presenter, organist and accompanist extensively in Maryland, Virginia and Pennsylvania.  In 2016, he led the West Virginia All State Treble Chorus, the Delaware Men Only Aloud Festival, and the New York Zone 8 All State Chorus.

Michael is a full-time faculty member at Landon School, Bethesda, Maryland. His Landon choirs have been invited by audition to participate in the National Youth Choir Festival at Carnegie Hall three times; his ensembles have worked with notable musicians, including Maestro Leonard Slatkin, Charles Bruffy, the American Boy Choir, and the Land of Lakes Choir Boys.

From 2006–2014, Michael was conductor of the Bel Canto Chorus for the Children’s Chorus of Washington. His CCW ensembles sang for John Rutter in the North American premier of his Mass of the Children; were described as “clarion and focused” in the Washington Post singing Carmina Burana with Master Chorale at the Kennedy Center; and were lauded in the Washington Post for their “agility, precise German diction and balance in an intricate duet (“Wir eilen mit schwachen, doch emsigen Schritten”) from Bach’s BWV 78 Cantata” in their Strathmore debut.

A composer and arranger (ASCAP), Michael is published by Boosey & Hawkes. He holds Artist-Teacher Certification from the Choral Music Experience and has completed OAKE Kodaly Music Education courses at Westminster Choir College.

He is a doctoral candidate in choral conducting and a graduate music lecturer at George Mason University, and he earned the Victoria N. Salmon scholarship to help write his dissertation on best practices among children’s choruses in America. He has also conducted the University Chorale and taught undergraduate courses in person and on-line for Mason.

He earned degrees in Organ Performance and Church Music from the Peabody Conservatory, and from Northwestern University. This native Washingtonian has toured with American choirs and given organ recitals throughout the United States and the United Kingdom. He is currently a Children’s Choirs Repertoire and Resources Chair for the American Choral Directors Association (Maryland/DC Chapter). 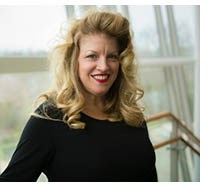 Mary J. Hochkeppel has been teaching music and directing choirs/dance teams and Orff Percussion Ensembles on the elementary and secondary level for over thirty-five years. She is currently in her 16th year with Montgomery County Public Schools as Choral/Dance/Orff Ensemble director and General Music Teacher at Sligo Creek Elementary School, in Silver Spring, Maryland. In 2013, she collaborated with Mr. Jim Papoulis in composing and publishing the choral piece titled, “I’ll Shine You Home.” In 2012–13, she was invited to direct the Montgomery County Elementary Honors Chorus. Mrs. Hochkeppel has earned a Master of Music Degree from the Peabody Conservatory of Music in Baltimore, Maryland, and a Bachelor of Music Degree from Westminster Choir College in Princeton, New Jersey. She has pursued graduate work at Villanova University and has completed her Orff Certification at George Mason University. She is an active member of the National Association for Music Education and the American Choral Directors Association. 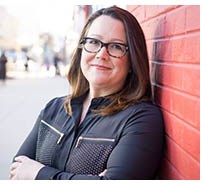 Bonny Tynch has nine years experience as a youth chorus conductor with the Fairfax Choral Society in Northern Virginia. In 2013, she received national recognition as the first recipient of the Spotlight Award given by the American Center for Elemental Music and Movement. An experienced educator working with a wide variety of ages and abilities, Mrs. Tynch is most recently known for her work as co-founder of BRIDGES: Harmony Through Music, a nonprofit affiliate of the El Sistema USA movement. She created BRIDGES to provide her underserved students and their families more opportunity and engagement through high quality and accessible after school music programs. Mrs. Tynch is President-Elect for the Virginia Chapter of the American Choral Directors Association, and she is a past president of the Mid-Atlantic Chapter of the American Orff-Schulwerk Association. She holds the CME Artist-Teacher Diploma. Additionally, she studied in Salzburg at the Orff Institute and completed her Orff-Schulwerk Certification and Master Level IV training at George Mason University. She is a member of the American Choral Directors Association and the American Orff-Schulwerk Association. Mrs. Tynch holds choral music education degrees from East Carolina University (BM) and George Mason University (MM). 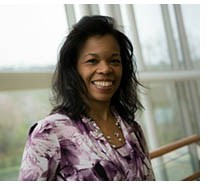 Alice Dillon has taught choral music from the elementary school through collegiate level, and is currently the choral music teacher at Diamond Elementary School in Gaithersburg. Dr. Dillon has appeared as a soloist locally and across the United States, in concert with the Washington Performing Arts Society, the Capital Wind Symphony, NOVA Manassas Symphony & Community Chorale, Annapolis Opera, and the Illiana Oratorio Society. Other appearances include The Lake George Opera, Light Opera Works, The Boston Lyric Opera, The Chicago Lyric Opera, The Chicago Symphony Chorus, and The Washington National Opera. Dr. Dillon received her Bachelor of Science Degree in Music Education from the University of Maryland and her Masters of Music degree in Voice from the New England Conservatory. Dr. Dillon completed her Doctorate of Musical Arts in Voice from the Conservatory of Music at the University of Missouri, Kansas City. 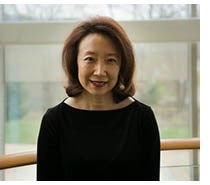 Hei Jung Kim is Principal Collaborative Pianist for Strathmore Children’s Chorus, working primarily with the Treble, Concert, and Young Men’s Choruses. She also serves as an accompanist for honors choruses for Montgomery County Public Schools (MCPS). She earned degrees in piano performance and music education from the University of Maryland, where she studied piano with Santiago Rodriguez and Bradford Gowen.  She has taught in public and private schools for more than 25 years, and for MCPS the past 19 of those years. She is currently the full-time music teacher at Burning Tree Elementary School, Bethesda. 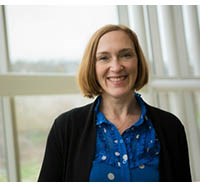 Lauren Campbell is the Vice President of Education & Community Engagement at Strathmore, where she has worked since April of 2010. She is a graduate of Leadership Montgomery, class of 2016. In addition to her administration of the Strathmore Children’s Chorus, she runs Strathmore’s school partnerships, coordinates audience engagement and education for stage performances, runs a step outreach program, UkeFest, Summer Art Camp, Spring Break Camp @ Strathmore, and the Strathmore 5th-Grader Student Concerts, among other projects. She is a professional choral singer and recently held a staff alto position at St. John’s Episcopal Church, Lafayette Square in Washington, DC for four years. Ms. Campbell received her Bachelor’s in English from Oberlin College, and worked as an English teacher, leadership-program director, and non-profit manager at various terrific organizations before coming to Strathmore. 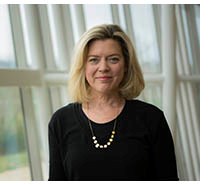 Suzanne Bagheri is a small business owner and runs a website and e-commerce design business specializing in custom paint finishes and interior design solutions. Prior to starting her business, Suzanne was the Special Events Coordinator at The Brookings Institution and prior to that position, Office Manager at The Fred Ezra Company. Suzanne lives in North Bethesda with her husband and their three children. Her daughter, Sophie has been a member of the Strathmore Children's Chorus for the past six years and is currently a member of the Treble ensemble. 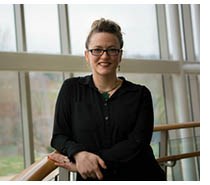 Megan Israel Gryder is fully committed to the artistic experience. In addition to her work at Strathmore as a production manager and choir manager, she is also a professional flutist, private music instructor, and freelance visual artist. Megan has a B.M. from the University of Maryland in Flute Performance and a B.A. from Clemson University in Production Studies in the Performing Arts. She has previously worked as a props designer, carpenter, set painter, and assistant stage manager for various theaters in South Carolina and Atlanta, Georgia. She has performed locally with the Avanti Orchestra, the Mid-Atlantic Symphony, various chamber ensembles, and for her church.

Christopher G. Guerra is the Founder Emeritus of the Strathmore Children’s Chorus. In 2005 he was a founding member of the A. Mario Loiederman Middle School for the Creative and Performing Arts in Silver Spring, Maryland, where he built a choral program that achieved national recognition, and where his choral ensembles won numerous competitions during his 9 years as director. He recently moved to Westland Middle School where he teaches and directs the choral program. Mr. Guerra is the recipient of the 2012 Maryland Music Educators Association’s (MMEA) Outstanding Teacher Award. His choirs have performed at two national conferences and most recently at the American Choral Directors Association’s National Middle School Choral Conference in Dallas, Texas, as well as at MMEA conferences and several performances at the world-class Music Center at Strathmore. In 2012 his Chamber Choir received a perfect rating in all categories at the MMEA State Choral Festival competing at Level IV. His ensembles have received numerous county, state and interstate superior ratings and Best Chorus awards. He has directed and managed honors choruses for the Montgomery County Public Schools (MCPS), and his choral program consistently places high numbers of students in honors chorus. He was Music Director for the Chicago and DC Church of Christ and was the featured vocalist with the 566th Air Force Band. He has conducted numerous choral and production workshops in the US and abroad. He attended the Chicago Music College and earned his Bachelor of Music Education degree from Ball State University, with graduate studies at the University of Maryland, Towson University and George Mason University. He was awarded the Level II certificate with the Choral Music Experience Institute, having studied with Doreen Rao, Lee Kesselman, Phillip Silvey and Michael Jothen. He is an active member of MMEA, NAfME and ACDA.