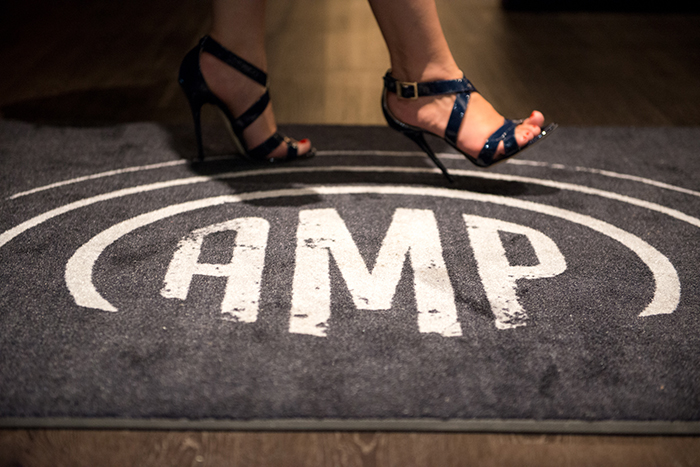 After a quiet post-pandemic period, AMP seeks to deepen relevancy with its core audience and the diverse surrounding community with a focus on jazz, roots, and global music. The 144-seat venue offers authentic, live music experiences, with more spacious seating arrangements and lower capacity.

Fall concert highlights include Two Pianos with Mark G. Meadows and James Fernando, Venezuelan vocalist Nella, jazz from Anat Cohen Quartetinho and Stephane Wrembel Quartet, and rock trio Southern Culture on the Skids. In addition to the eclectic touring artists that will be on stage, AMP is now home to Strathmore’s 2023 Artist in Residence cohort, who will perform each month from January through June 2023.

Pianists and Strathmore Artist in Residence alumni James Fernando and Mark G. Meadows meet on stage for a rare two-piano performance. Fernando, hailed as a “prodigiously gifted composer and virtuoso pianist,” and Meadows, an acclaimed pianist, music director and singer-songwriter, bring together a range of influences such as jazz, gospel, electronic, and classical music.

Born in Venezuela, Nella went from Berklee College of Music graduate to winner of the 2019 Latin GRAMMY® Award for Best New Artist. That same year, her full-length debut, Voy (I Go) received acclaim from NPR and yielded the hit “Me Llaman Nella” (They Call Me Nella). In addition, the title track was named the 14th best song of 2019, in any genre, by The New York Times.

SHADES OF DJANGO with the Stephane Wrembel Quartet

Strathmore's highly regarded Artist in Residence (AIR) program supports the careers of local musicians. This elevated concert experience and cross-genre collaboration will be the first opportunity to meet the new AIR class after dessert and a toast. Cohort members will be joined onstage by AIR Mentors Michael Bowie, Victor Provost, and Lynn Veronneau, and Advisor Cathy Fink.

SOUTHERN CULTURE ON THE SKIDS

This raucous North Carolina trio will offer selections from its 2021 release, At Home with Southern Culture on the Skids, a more intimate, acoustic-heavy record. Singer/guitarist Rick Miller said “the album is comfort food for your ears. I wouldn’t call it mellow, but it sure is a friendly album.”

Grammy-nominated clarinetist-saxophonist Anat Cohen has been declared Clarinetist of the Year by the Jazz Journalists Association every year since 2007 and has also been named the top clarinetist in both the readers and critics polls in DownBeat for multiple years running.

Her musical endeavors have brought her to both small groups and large ensembles, mastering everything from infectious swingers to lilting ballads and showcasing a wide range in her unparalleled performances.

Nataly Merezhuk is a violinist who has embraced the role of the violin in jazz following her extensive classical training. Originally from Russia, she holds a degree from Peabody Conservatory and performs with orchestras in the greater DC area, including the Annapolis Symphony Orchestra and the Maryland Symphony Orchestra. Nataly takes to the AMP stage to promote her newest project Jazz on Bones.

As a teenager, Ana Egge built her own guitar and moved to Austin, Texas to observe, absorb, and take risks. She recorded her first album, River Under the Road (1997), with the legendary western swing band Asleep at The Wheel. Also in 1997, The Austin Music Awards named her Best Singer/Songwriter and Best Folk Artist.

Artists on the AMP schedule in 2023 include Golden Globe-nominated composer and guitarist Kaki King, international, award-winning jazz singer-songwriter Halie Loren, and composer and producer Mark Lettieri, who is also a member of the jazz fusion band Snarky Puppy.

ABOUT AMP BY STRATHMORE

AMP by Strathmore puts a premium on authentic live music experiences helping you discover your new favorite artists and elevating your night out beyond the Beltway. It is your destination for great music and creative cuisine at Pike & Rose, an urban-minded, Metro-accessible neighborhood on Rockville Pike in North Bethesda.

Strathmore is a multidimensional, creative anchor in the community, where everyone can connect with the arts, and artists can explore their full potential.

It presents hundreds of performances, visual arts, and education programs, annually, for diverse audiences on its Montgomery County Maryland campus and in the community.