with the Stephane Wrembel Quartet 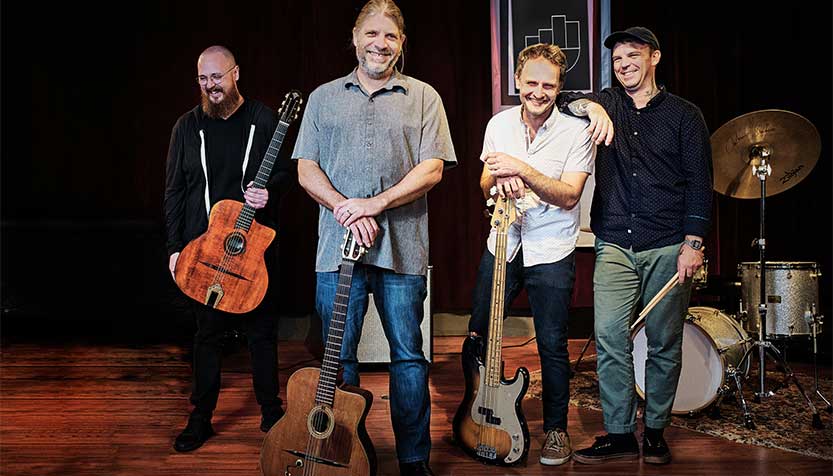 Stephane Wrembel is quite simply one of the finest guitar players in the world. The breadth and range of his playing and compositions are unmatched. This prolific musician from France has been releasing a steady stream of music since 2002 and has truly made his mark as one of the most original guitar voices in contemporary music. Born in Paris and raised in Fontainebleau, the home of jazz guitar icon Django Reinhardt, Wrembel fell in love with Django’s style and immersed himself in Sinti culture (a Roma group from Western Europe) in order to become proficient in the style often referred to as “Gypsy jazz.”

Wrembel has headlined Lincoln Center, Carnegie Hall, The Town Hall in NYC, and The Lyon Opera House in France, toured with master violinist Mark O’Connor and shared stages with everyone from Sam Bush, Stochelo Rosenberg, Esperanza Spalding, and Al Di Meola. Wrembel has dazzled audiences at such major gatherings as the Montreal Jazz Festival, Rochester International Jazz Festival, Django Reinhardt Festival in France, Ellnora: The Guitar Festival, Caramoor Jazz Festival presented by Jazz at Lincoln Center, and many others.