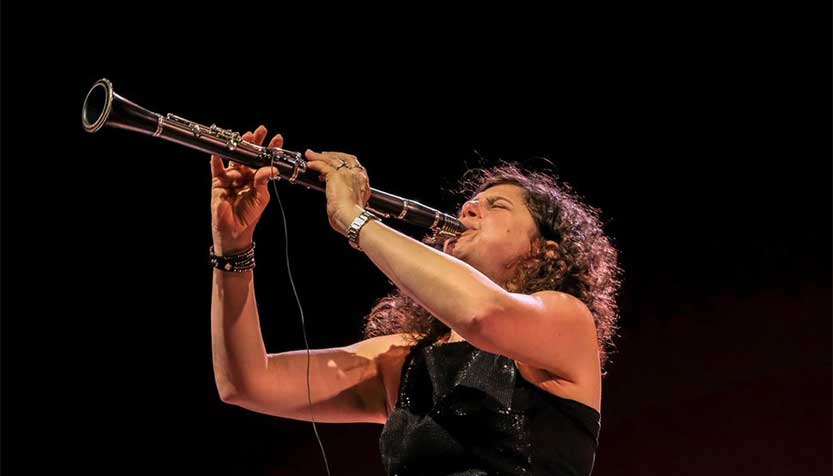 Ever charismatic, prolific, and inspired, Grammy-nominated clarinetist-saxophonist Anat Cohen has won hearts and minds the world over with her expressive virtuosity and delightful stage presence. She has been declared Clarinetist of the Year by the Jazz Journalists Association every year since 2007 and has also been named the top clarinetist in both the readers and critics polls in DownBeat for multiple years running.

Cohen continues to rack up honors and acclaim for her musicianship and captivating performances. The Chicago Tribune has said about Cohen, “The lyric beauty of her tone, easy fluidity of her technique and extroverted manner of her delivery make this music accessible to all.” Her musical endeavors have brought her to both small groups and large ensembles, mastering everything from infectious swingers to lilting ballads and showcasing a wide range in her unparalleled performances.