Music is Back in Strathmore’s Historic Mansion 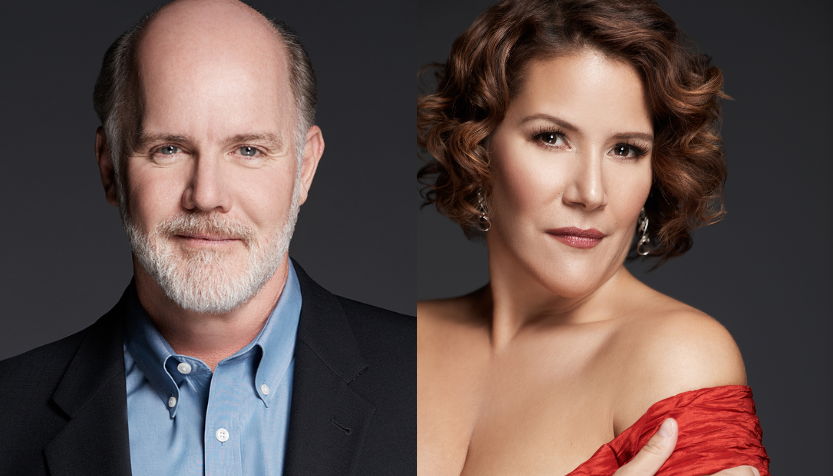 (NORTH BETHESDA, MD) – In January, Strathmore welcomes back its popular Music in the Mansion concert series for a season of exciting, ear-bending performances, curated by Dr. Laura Colgate, adjunct professor at University of Maryland, National Philharmonic concertmaster, and Executive/Artistic Director & Co-founder of Boulanger Initiative. Concerts run through May 2023 and feature some of the region’s most talented and eclectic trios and quartets. All performances will take place in the historic Mansion at Strathmore at 5301 Tuckerman Lane in North Bethesda.

“I wanted to bring some of the musicians to the mansion that have comforted me, given me hope through their music and, at times, helped me get through these past few challenging years,” said Colgate. “Three of these happen to be husband-wife duos, including  Elena Urioste (violin) and Tom Poster (piano) playing jazz, musical theater, Irish folk and classical from their JukeBox album; cello and classical guitar duo Boyd Meets Girl, playing a mix of pop, rock and classical; and local vocalists Kerry Wilkerson and Danielle Talamantes sing original art songs set to profound poetry.”

Merz Trio experiments with connections between artist and audience, music and text, and collaborations between myriad art forms. Seamlessly tacking between traditional repertoire and the music of our time, the violin-cello-piano trio is known for their vibrantly dynamic programming, wide-ranging interdisciplinary collaboration, and prolific new arrangements

Equal parts passion, grit, and musical ecstasy, Sybarite5 is a cocktail of post-genre musical goodness expressed through the virtuosity of five accomplished musicians. This exciting string quintet is constantly evolving, defying categorization, and has been keeping audiences on their toes for 10 years. Always searching for new sounds and projects to bring to life, nothing is off limits.

Praised for her “expert technical work” (The Strad), cellist Amanda Gookin "pushes Classical forward" (LA Times) and champions the future of music through the creation and bold performance of new works, and a dedication to education, culture, and community engagement.

Pardon My French! began as a collaboration between New York City swing guitarist Pete Rozé and Memphis-born actress-singer Caroline Fourmy. They loved the sound of Edith Piaf and Charles Trenet and eventually expanded their repertoire to include Serge Gainsbourg, Eartha Kitt, and Pink Martini favorites. With the addition of traditional jazz star Joshua Gouzy and classical composer Michael Ward-Bergeman, the group brings their vintage, New Orleans sound and sense of humor to their one-of-a-kind performances.

Since 2010, The Atlantic Reed Consort (ARC) brings chamber music to a broad audience in an unexpected format. ARC is a reed quintet comprised of oboe, clarinet, saxophone, bass clarinet and bassoon, with an innovative sound and style that embraces the contemporary and adds a new twist to the likes of Bach, Ravel and Gershwin.

Acclaimed violinist Elena Urioste and talented pianist Tom Poster began to collaborate as a way of keeping their minds sharp, fingers busy, and community smiling during the pandemic. Sharing videos of their multi-genre musical offerings on social media, with the hashtag #UriPosteJukebox, the two embodied what it means to inject imagination and fun into performance during a time of limitation.

Boyd Meets Girl pairs Australian classical guitarist Rupert Boyd with American cellist Laura Metcalf. The duo has toured the world sharing their eclectic mix of music, from Debussy and Bach to Radiohead and Beyoncé, and their two studio albums have been streamed well over 2 million times on Spotify alone. Both acclaimed soloists, Boyd has been described as “truly evocative” by The Washington Post, while Metcalf has been called "brilliant" by Gramophone.

Celebrated as a leading interpreter of great classic and contemporary works, violinist Rachel Barton Pine’s performances combine her innate gift for emotional communication and her scholarly fascination with historical research. She plays with passion and conviction, thrilling audiences worldwide with her dazzling technique, lustrous tone, and infectious joy in music-making.

Vocalist, composer, instrumentalist, and dancer Jen Shyu is “one of the most creative vocalists in contemporary improvised music” (The Nation). She’s produced eight albums and performed at Carnegie Hall, Lincoln Center, Metropolitan Museum of Art, National Theater of Korea, and Rubin Museum. She was named Downbeat’s 2017 Rising Star Female Vocalist and is a Fulbright scholar, speaking 10 languages.

Meandering through all walks of musical life, violinist, violist, vocalist, and composer Christina Courtin was deeply rooted in classical music at a very early age. After studying at Juilliard, she has developed a style of singing and writing that has lent itself to many welcomed opportunities. Courtin has collaborated with Bonnie Prince Billy, Planetarium, Lee Ann Womack, Sara Bareilles, and Buffalo Philharmonic Orchestra.

Composer Henry Dehlinger, along with his vocal collaborators Danielle Talamantes and Kerry Wilkerson, present original art songs written for their voices. Selections include the poetry of Dante Alighieri, James Joyce, T.S. Elliott, and biblical texts from Song of Solomon.

Quinteto Latino is a San Francisco Bay Area, classical, wind quintet melding the vibrant colors and vigorous rhythms of Latin American music with the sumptuous sounds of French horn, flute, clarinet, oboe, and bassoon. Founded in 2004, the ensemble is devoted to expanding the boundaries of classical music through performance and advocacy of work exclusively created by Latinx composers.

Asbury Methodist Village is a supporter of the Music in the Mansion series.

Strathmore is a multidimensional, creative anchor in the community, where everyone can connect with the arts, and artists can explore their full potential.

It presents hundreds of performances, visual arts, and education programs, annually, for diverse audiences on its Montgomery County Maryland campus and in the community.