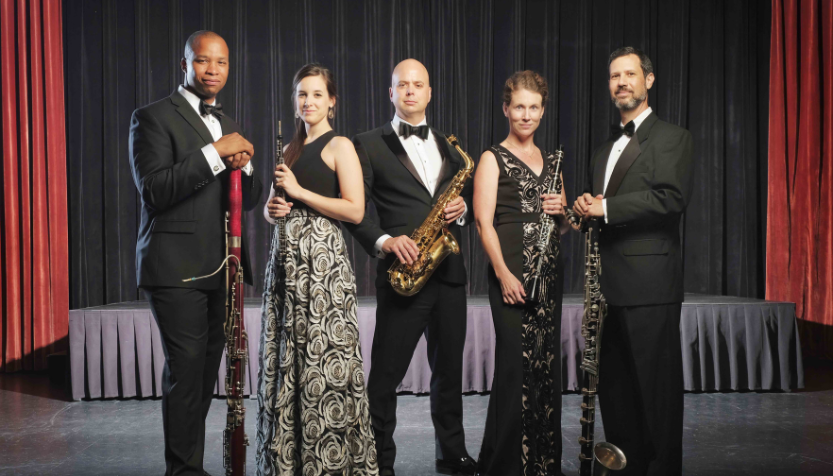 Since 2010, The Atlantic Reed Consort has endeavored to bring chamber music to a broad audience in an unexpected format. ARC is a reed quintet comprised of oboe, clarinet, saxophone, bass clarinet and bassoon with a cutting edge sound and style that both embraces the contemporary and adds a new twist to the likes of Bach, Ravel and Gershwin.

One of the Mid-Atlantic region’s most sought-after chamber music groups, the Atlantic Reed Consort has recently been featured in multiple appearances at the Smithsonian National Gallery of Art, as well as the Baltimore Composer’s Forum, INTERSECTIONS DC, Creative Alliance at the Patterson (Baltimore), and in January 2017 made their debut New York City performance in Carnegie Hall’s Weill Recital Hall. Consistent collaborators, ARC has worked with performers in a variety of genres, among them dance and choral music. Their commitment to contemporary composers shines in a number of commissions and premieres of new works.