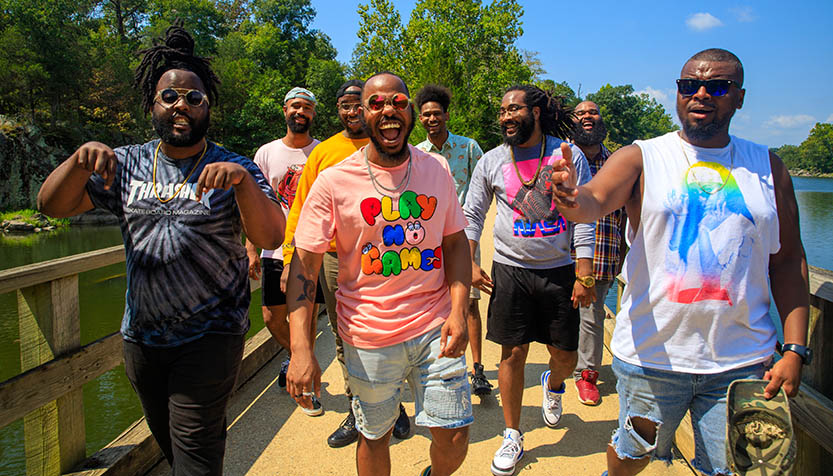 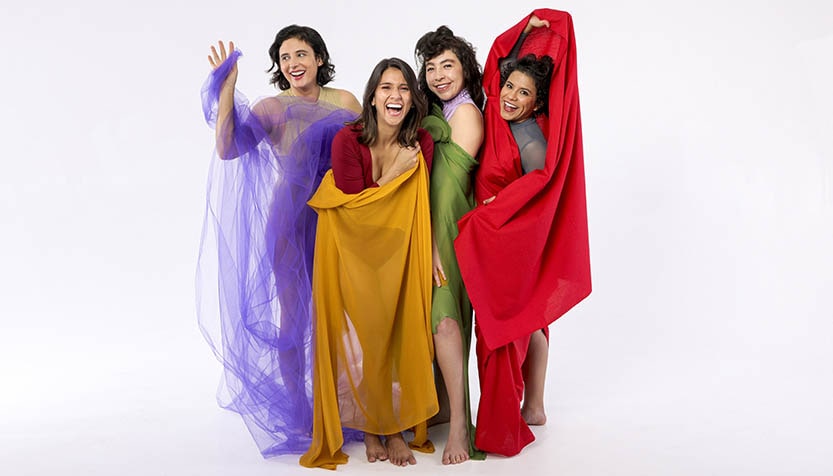 (North Bethesda, MD)- Beginning July 6, Strathmore will host its popular summer free concert series - Live from the Lawn. The 11 concerts will take place on the Gazebo stage on its 16-acre campus in North Bethesda. From bilingual Americana folk to soulful brass and hip-hop fusion, these performances promise to engage people of all ages. This year, the family-friendly series has expanded to include three concerts especially for kids.

While concerts are free, rsvp is suggested.

LIVE FROM THE LAWN: DUPONT BRASS

DuPont Brass is a unique, soulful brass ensemble hailing from the D.C. Metropolitan Area. The group got their start as five Howard University music students playing in local Metro stations to raise money for tuition during the Christmas season. Since then, they have grown to a nine-piece ensemble featuring brass, rhythm section, and vocalists. The group has performed in conjunction with the D.C. Jazz Festival, The Washington Performing Arts Society, and on the prestigious Kennedy Center Millennium Stage.

LIVE FROM THE LAWN: JAKE BLOUNT

Banjoist, fiddler, singer, and scholar Jake Blount takes a historically-informed approach to performing the folk styles of Black and Indigenous communities in the United States. An alum of the Strathmore Artist in Residence program, Jake is half of the internationally touring duo Tui, a 2020 recipient of the Steve Martin Banjo Prize, and a board member of Bluegrass Pride. He is also a two-time winner and many-time finalist of the Appalachian String Band Music Festival (better known as Clifftop). His debut album, “Spider Tales,” has received acclaim from NPR, the New Yorker, The Guardian, and more.

LIVE FROM THE LAWN: ELIJAH BALBED & THE JOGO PROJECT

During his time as a Strathmore Artist in Residence in 2014, saxophonist Balbed founded The JoGo Project as a fusion of jazz harmonies with the unmistakable driving beats of Go-Go. The group has since become a D.C. mainstay, performing originals as well as arrangements of songs less commonly performed in the Go-Go idiom, such as "Free" by Deniece Williams and "Walking On Sunshine" by Katrina & The Waves.

LIVE FROM THE LAWN - KIDS: PIERCE FREELON: BLACK TO THE FUTURE

Through honest and playful lyrics, rich melodies, and fresh beats, Grammy-nominated artist Pierce Freelon shares his story and welcomes kids and adults to his world. His “Black to the Future” show features elements of Afrofuturism, Black history, and archival voices to touch on imagination, arts, science, and technology through a Black lens. Through his work, he hopes to instill values like vulnerability and having an “attitude of gratitude” in today’s children. Pierce’s work has been featured on the TODAY Show, NPR, Parents Magazine, and more.

LIVE FROM THE LAWN: THE BOBBY THOMPSON BAND

Winner of the 2018 WAMMIE Award for Best Blues Album, Bobby Thompson finds his roots as a singer-songwriter heavily influenced by classic blues and folk artists like John Hammond Jr. and Bob Dylan. Originally gaining notoriety as an instrumentalist, he bears his soul in his songwriting, forming deep connections with his audiences. He comes to Strathmore with a fresh wave of songs from his newest full-length album, out in June.

LIVE FROM THE LAWN: LADAMA

LADAMA is an ensemble of women musicians from across the Americas: Mafer Bandola of Venezuela, Lara Klaus of Brazil, Daniela Serna of Colombia, and Sara Lucas of the United States. With rhythm and percussion driving their original compositions sung in Spanish, Portuguese, and English, they combine disparate, traditional roots music with pop. Along with performing as a touring band, the group strives to engage youth in their respective communities in the process of music-making, composition and audio production through collaboration and performance workshops. LADAMA has released two albums: their self-titled debut album in 2017 and “Oye Mujer” in 2020 on Six Degrees Records.

The Okee Dokee Brothers have received acclaim as some of the biggest names in family music—Sonia with a Latin Grammy nomination and The Okee Dokee Brothers with a Grammy win under their belts. The bilingual program includes both old and new songs that span the musical traditions of North America and illustrate the collective power of singing together and learning from each other. With an adventurous spirit and a common vision of peace and understanding, “Somos Amigos” encourages young and old to explore, dance, sing, and laugh together, hand-in-hand.

Ukulele enthusiasts and artists can strum along at the culminating event of the 14th Annual Ukefest. The evening also includes a concert featuring world renowned virtuosos:

LIVE FROM THE LAWN: SHAYNA STEELE

After being a sought-after backup singer for the likes of Rihanna, Kelly Clarkson, Bette Midler and Steely Dan, Shayna Steele became a solo artist, released three solo albums and collaborated on tracks with Snarky Puppy and Moby. Her most recent album, “Watch Me Fly,” offers six self-penned originals and four select classics ranging from soul, blues, and gospel to retro R&B and jazz. Steele’s work showcases her supremely soulful energy, as well as her mind-blowing vocal artistry and songwriting skills.

Strathmore is a multidimensional creative anchor in the community where everyone can connect with the arts and artists explore their full potential. It presents hundreds of performing and visual arts and education programs annually for diverse audiences on its Montgomery County Maryland campus, and in the community.