Live from the Lawn: Jake Blount

Live from the Lawn 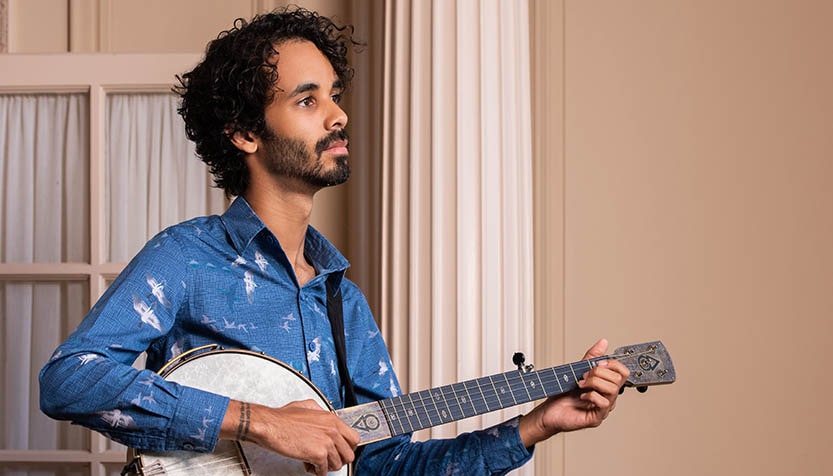 Keep up to date on all the ways to have a great time on our lawn.

Banjoist, fiddler, singer, and scholar Jake Blount takes a historically-informed approach to performing the folk styles of Black and Indigenous communities in the United States. An alum of the Strathmore Artist in Residence program, Jake is half of the internationally touring duo Tui, a 2020 recipient of the Steve Martin Banjo Prize, and a board member of Bluegrass Pride. He is also a two-time winner and many-time finalist of the Appalachian String Band Music Festival (better known as Clifftop). His debut album, “Spider Tales,” has received acclaim from NPR, the New Yorker, The Guardian, and more.

A variety of tasty food and drinks will be available for purchase on-site. Or you're welcome to BYO!

Keeping the Live from the Lawn outdoor concert series free allows every member of our community access to quality arts experiences. Your support of just $5 or more can make that happen! GIVE BACK