Washington, DC–City of the Blues 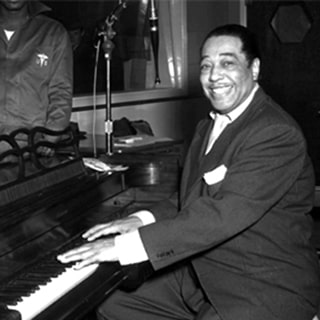 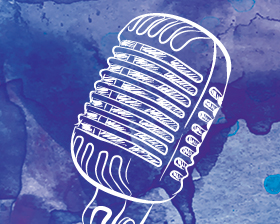 Don’t think of DC as a blues music city? Take a closer look. Washington, DC, has been instrumental in supporting the blues and continuing its legacy. DC hosted the largest African American population of any American city in the early 1900s, so it’s really no surprise that the blues and its musical offspring jazz, R&B, rock ’n’ roll, and soul played a significant role in the musical history of the city.

U Street–Where the Music Played

DC’s U Street area has always provided the focus for black entertainment and was often called “The Black Broadway.” Besides clubs like Bohemian Caverns, U Street hosted countless bars—legal and otherwise—that featured live blues, ragtime, and jazz during the early years of the 20th century.

Jelly Roll Morton and Duke Ellington both managed clubs around U Street during the 1930s and ’40s. Ellington was part-owner of “Duke Ellington’s,” which is now the famous 9:30 Club. Undoubtedly, the “jewel-in-the-crown” of the area was the Howard Theatre, which opened in 1910 and attracted the biggest names of the black entertainment world.

Popular recording stars like Ma Rainey and Bessie Smith performed regularly at the Howard during the 1920s, considered by many to have been the golden age of the blues. Top talents such as Ella Fitzgerald, Charlie Parker, Otis Redding, Aretha Franklin, Baltimore’s Billie Holiday and DC’s Marvin Gaye, and Duke Ellington continued to perform there until it closed in the 1960s.

The recording industry greatly affected the development of blues and jazz, and our historical knowledge of those styles is linked to the history of sound recording. DC has been involved since the beginning. Alexander Graham Bell and Emile Berliner, developers of the phonograph and the phonograph record in the 1880s, created their inventions here in Washington. The first record company to produce the phonograph disc, Columbia Records, was also based in DC and quickly established its strong catalog of “race records,” the name given to recordings of African American artists.

Ahmet Ertegun, founder of Atlantic Records, did his part to challenge segregation by hosting mixed-race concerts in the 1930s at the Turkish Embassy, where his father was Turkey’s Ambassador to the United States. A fan of the U Street music scene as a teenager, Ertegun went on to discover and record many notable blues, jazz, and R&B musicians such as Aretha Franklin, Ray Charles, Big Joe Turner, and DC’s Ruth Brown.

The 1930s Depression and wartime years were not easy for musicians, many of whom had to turn away from music to make a living. Growing interest in folk traditions around the early ’60s sparked a “blues revival” and the rediscovery of some of the acoustic blues players.

Inspired by DC’s WAMU radio host Dick Spottswood who sought out and played old blues records, fans such as Takoma Park blues guitarist and label owner John Fahey went on the road to track down the forgotten legends. Skip James and Mississippi John Hurt were two of the country blues artists to be rediscovered.

The Electric Sounds of the Anacostia Delta

The blues went electric after Muddy Waters plugged in his guitar in Chicago in the 1940s, and British groups such as the Rolling Stones adopted and re-imported the sound to the United States with great success in the early ’60s.

DC had its own electric blues guitar virtuosos to inspire the blues-rock movement that followed. Roy Buchanan rose to international fame as one of the most tasteful and innovative blues guitarists of the ’70s and ’80s. At the same time, Danny Gatton built a legendary reputation playing blues, jazz, country, and bluegrass in local clubs. Gatton described the unique DC musical sound and atmosphere—that he helped shape—as “the music of the Anacostia Delta,” a reference to the diversity of musical styles in DC and echoing the idea that the Mississippi Delta had been the original home of the blues.

The active local jazz scene and recently revitalized U Street area keeps DC’s musical traditions alive today. Visiting blues and jazz musicians continue to draw audiences to many longstanding area venues such as Blues Alley and the reopened Howard in DC and the Birchmere in Alexandria, as well as newer clubs like the Hamilton in DC and Bethesda Blues & Jazz in Maryland.

Annual festivals draw crowds throughout the area. Northern Virginia has the Tinner Hill Blues Festival, and the Columbia Pike Blues Festival has just celebrated its 20th year. DC has its revitalized Jazz Fest and Silver Spring has both a Jazz Festival and a Blues Festival.

Venues come and go and musical tastes change, yet DC remains and should be recognized as a thriving “music city” in its own right, keeping alive the blues and jazz legacy. In the words of the late DC blues singer and WPFW blues radio host Nap Turner, “Don’t forget the blues.”