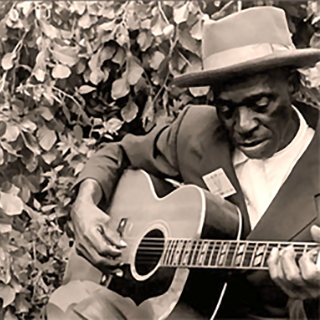 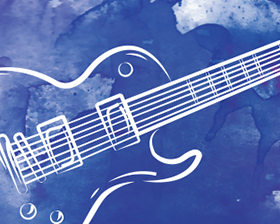 The blues has been on a journey. Its roots reach all the way back to Africa and the musical traditions enslaved Africans brought with them to the rural South. African slaves fused those traditions with the European styles and instruments of early settlers, and they told new stories about their hardships and poverty. Out of that, the blues was born in the late 1800s. And later when African Americans moved north and west (known as the Great Migration), they took the blues with them. As their lives and surroundings changed, so did their blues. This journey has made the landscape of the blues as diverse as our country’s rivers, prairies and mountains. So here we take a look at some of the major regional styles and the artists and songs that helped define and illustrate them.

Mississippi is considered the birthplace of the blues, and two distinct styles developed in the region—Delta blues and hill country blues. True to its name, Delta blues came to life in the fertile farmland (Delta) between the Mississippi and Yazoo Rivers. The farms there relied heavily on the labor of former African slaves who became poor farmers or farmhands. They led extremely hard lives, and they expressed their conditions and sought to ease their worries through soulful, emotional singing. Their Delta blues were performed with slide guitar (using a tube or object such as a bottleneck to press on the strings) and harmonica. Hill country, an area east of the delta, created its own sound that relied more on percussion and the foot-tapping beats that often reflected complex African polyrhythms. People outside the region began learning of these early traditions when folklorist Alan Lomax came to research and record this music for the Library of Congress (and in the process making the only recordings that exist of some of these songs). Then later, as African Americans migrated north, the true sweep of blues across the country began, leading to the creation of numerous other regional blues styles.

When African Americans moved north for a better life, many settled in Midwestern cities like Chicago. They took the blues with them, but soon began adapting it to their new urban lives. One such musician was Muddy Waters, who had mastered the Delta blues sound. When he moved to Chicago in the 1940s, he plugged in that blues guitar and helped launch a whole new style of blues—Chicago blues, also known as electric blues. Chicago blues musicians also took the classic blues performance duos of guitar and harmonica and expanded them into full bands with bass drums, drums and sometimes a saxophone—and amplifiers! Their loud, full-bodied interpretation of the blues influenced musicians (like Chuck Berry, The Rolling Stones and Jimi Hendrix) who would later adapt that sound into a brand new genre of music—rock ‘n’ roll.

People also moved in large numbers from rural areas to cities, both within their home states and out of state, after World War II. In Louisiana, this gave rise to artists blending blues genres with local musical styles. Elements of jazz, Caribbean, and Dixieland music can be heard in what became known as New Orleans blues, developed in the big city by the same name. This music relies mostly on piano and saxophones and has a lively and cheerful tone. The other type of Louisiana blues is swamp blues, developed in and around Baton Rouge in the 1950s. It incorporated influences from New Orleans blues and soul music as well as Cajun and zydeco, both of which evolved from the music of French-speaking Acadians (“Cajuns”) of Canada and their descendants who settled in Louisiana. Swamp blues features extensive echo effects, laid-back tempos, trembling guitar sounds, and soulful vocals.

In the rolling hills that start west of the Atlantic Ocean and bump into the Appalachian Mountains in Georgia, the Carolinas, and Virginia, another style emerged that became known as Piedmont blues. Music from this region is characterized by a syncopated fingerpicking method of guitar playing that results in a sound close to ragtime. This style was developed and popularized in the early 20th century by many regional artists, including Blind Blake, Blind Boy Fuller, and Reverend Gary Davis.