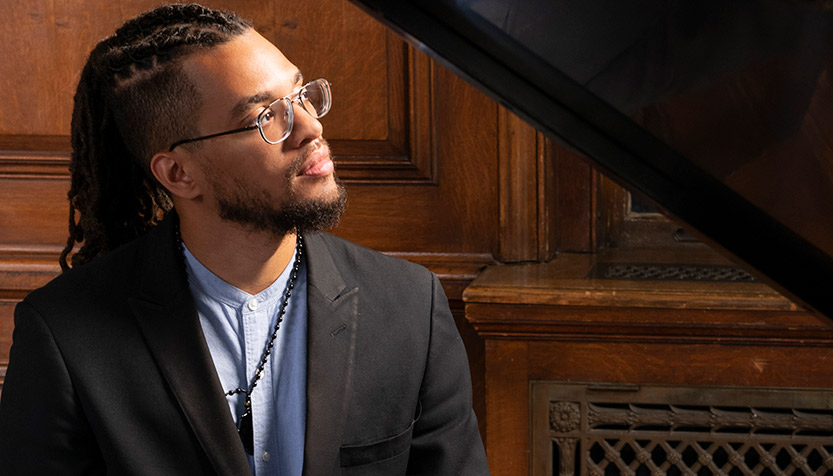 Joshua Jenkins has been playing the piano since he was seven years old and began performing in public at the age of twelve. A proud alum of the Duke Ellington School of the Arts, he holds a Bachelor of Music from Temple University, where he also majored in Spanish. Alongside fellow Ellington students, he performed on stage at the Kennedy Center and Strathmore Music Center with such artists as Ledisi, Patti LaBelle, and Sting. While studying in Philadelphia, he gave various classical solo and chamber recitals and worked with several jazz ensembles.

An ever-growing multi-instrumentalist, Joshua studied pipe organ for several years under the tutelage of organist Clyde T. Parker, having performed numerous times on this instrument at People’s Congregational Church in Washington, DC. Joshua was the Jazz Ensemble Director of CAAPA (the Coalition for African Americans in the Performing Arts) from 2018 to 2020. He has a keen interest in Afro-Cuban drumming and has visited Cuba several times to conduct research and take lessons.

♪Strathmore graciously thanks our Artist in Residence Champions for their multi-year commitment and above-and-beyond support to the AIR program.