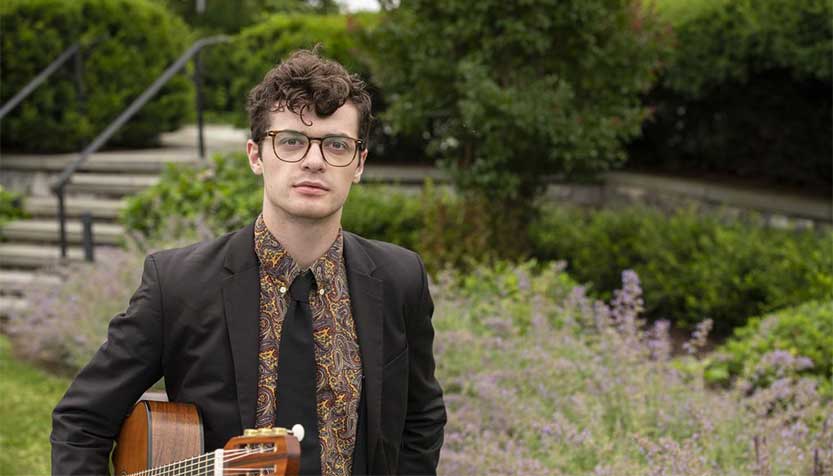 Born and raised in Northern Virginia, Connor Holdridge’s music expands beyond the bounds of the region he grew up in. His musical influences range from the jazz soloing styles of Django Reinhardt and Dexter Gordon to the overdriven blues/rock guitar of Stevie Ray Vaughan and Jimi Hendrix. Alongside saxophonist Gabriel Wallace, Connor co-leads “The Hot Mess,” a quartet whose repertoire is inspired by the early 1940s ensembles of Django Reinhardt and Benny Goodman. Connor has also been featured with local artists such as Michael Joseph Harris (Ultrafaux; Hot Club of Baltimore) and Nataly Merezhuk (Strathmore AIR 2021).