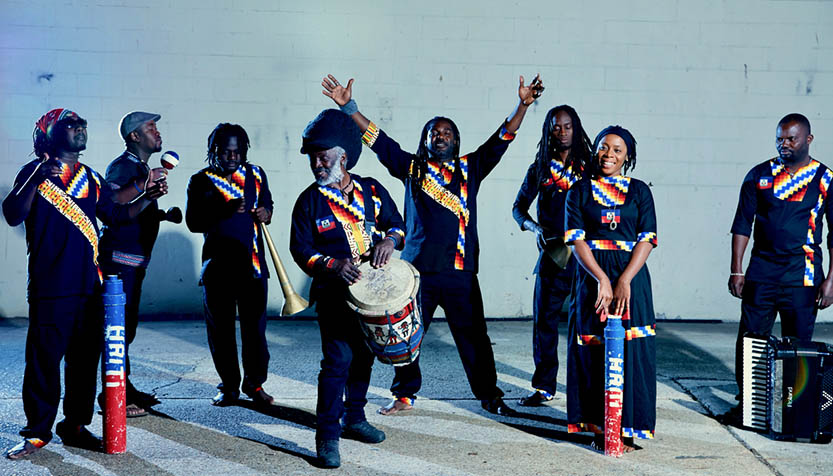 Lakou Mizik is a powerhouse collective of Haitian roots music with a soulful energy and a mix of styles that feels mystical and familiar at the same time. In the wake of Haiti’s devastating earthquake the band came together to show the world that their country was much more than the sum of headlines that were being shot around the globe.

Today with their positive messages and roots revival music, they have become one of Haiti’s hottest exports and have gained an international following with their critically acclaimed debut album “Wa Di Yo” and their mystical, soulful, dance party inducing live shows.

Lakou Mizik's most recent album, HaitiaNola, is a sweaty celebration that manages to connect not only the rhythms and sounds of Haiti and New Orleans but also the gritty energy, the unmistakable mysticism and the carefree Mardi Gras incantation of laissez les bon temps roulez (let the good times roll) that persists in both countries. HaitiaNola celebrates this defiantly joyous spirit and the rhythmic roots that have connected the two places for more than two centuries.

Read more about how to drive to, metro to, and park at AMP.

Dining service may not be available for this performance. Please check your reminder email for details before the show, and don't forget about our great neighborhood restaurants at Pike & Rose!