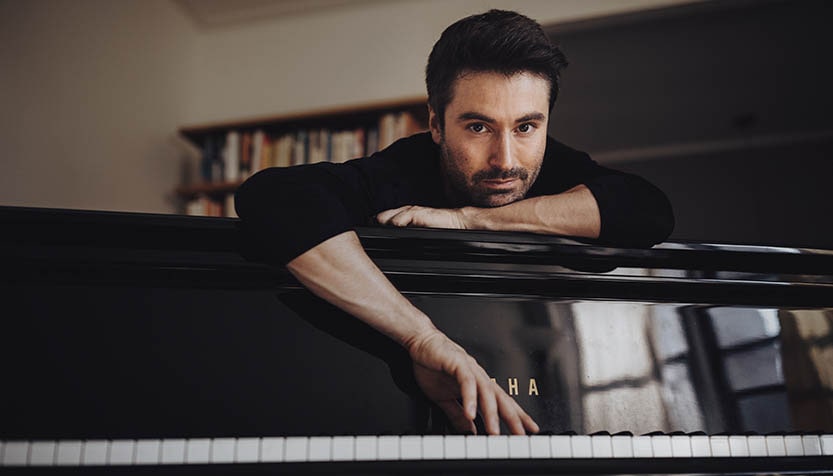 Originally scheduled for March 11, 2021 in The Mansion

Following the critical acclaim for his Goldberg Variations/Variations program, Dan Tepfer presents his new Bach program, Inventions/Reinventions. Bach composed his set of Inventions as study pieces for students, covering eight major and seven minor keys, for a total of fifteen. However, since there are twenty-four possible major and minor keys, nine keys are missing. In Inventions/Reinventions, Tepfer plays Bach’s original compositions sequentially while creating his own “inventions” for the missing keys, freely improvising new ones during each performance. In so doing, he follows the logic behind Bach’s beloved original pieces, in which simple musical ideas, like characters in a novel or a play, are taken on a harmonic journey to foreign keys before returning home.

As live music returns to AMP we’re continuing to put your safety and comfort first. Performances will be in a listening room format. These limited capacity performances are seated in rows and food and beverage service is not currently available. Additionally, all guests must show proof of COVID-19 vaccination, or a negative PCR test, and wear masks while inside the venue.

This performance was rescheduled from March 11, 2021 in The Mansion at Strathmore. All existing tickets are valid for the new date and location.

Read more about how to drive to, metro to, and park at AMP.