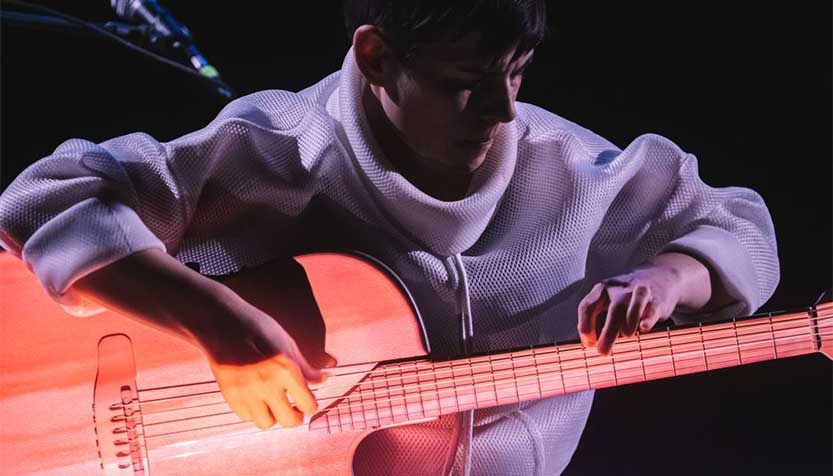 Hailed by Rolling Stone as “a genre unto herself,” Brooklyn-based composer and guitarist Kaki King has released 9 albums over the past 14 years. She has performed on every continent over the course of multiple world tours, and has presented her work in a variety of prestigious arts centers, including the Kennedy Center, MoMA, LACMA, and The Met. Kaki has created music for numerous film and TV soundtracks, including August Rush and Sean Penn's Into the Wild, for which she received a Golden Globe nomination for Best Original Score.

Kaki brings a particular brand of creative ingenuity to all of her work, giving audiences an experience unlike any other. On her most recent album, Modern Yesterdays, Kaki continues to deconstruct and redefine the boundaries of the guitar through technique, imagination, and boundless humanity. Several of the songs on Modern Yesterdays were written as part of an experimental theater piece called "Data Not Found," which explores themes of connection, alienation and rebirth, and how we as humans attempt to create meaning from the vast endless patterns of our world.