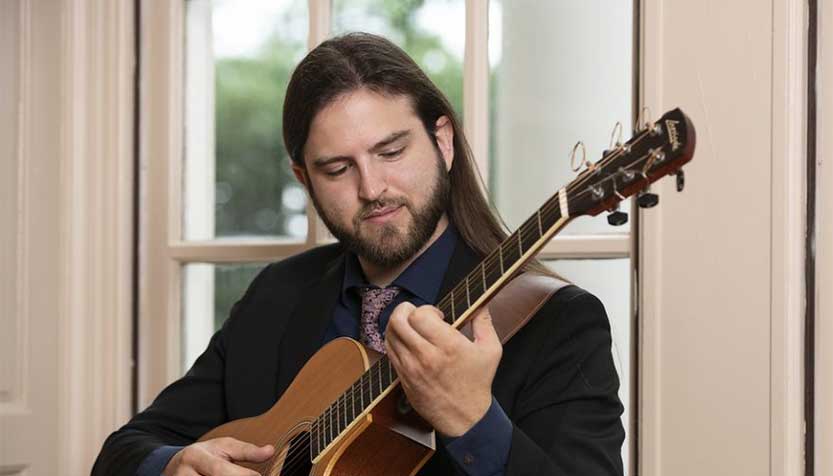 Kevin Elam is a multi-instrumentalist and 2019 All-Ireland Champion in Men's Singing. Although he boasts a strong background in classical piano and a degree in jazz studies from George Mason University, Kevin is rooted in Irish traditional music. In addition to playing the tin whistle, guitar, mandolin, and banjo, Kevin has also honed his skills as a singer and interpreter of Irish traditional song. In August of 2019, he was awarded first place in Men's English Singing at the 2019 Fleadh Cheoil na hÉireann, held in Drogheda, Ireland, and took home the coveted Dalaigh Shield, an award only won by one other American in its 65-year history.

Over the past several years, Kevin has performed at the Kennedy Center, the National Gallery of Art, and the Library of Congress, as well as at the Washington Folk Fest, Appaloosa Music Festival, and many other festivals in the mid-Atlantic region. Kevin has given classes and workshops on traditional music throughout the Eastern US, including with the prestigious faculty of DC's premiere Irish traditional music camp, MAD Week. In 2020, Kevin received a grant from George Mason University’s Young Artist Commissioning Project, and consequently recorded his debut album, If I Were A Small Bird, released in September 2021.

♪Strathmore graciously thanks our Artist in Residence Champions for their multi-year commitment and above-and-beyond support to the AIR program.