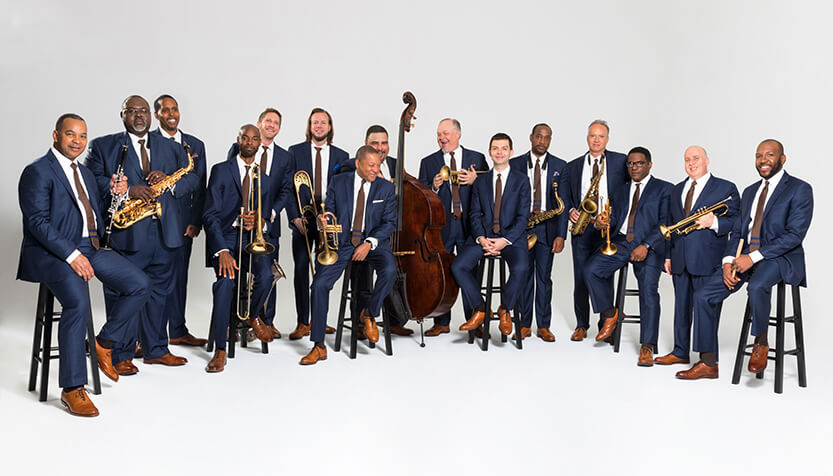 The Jazz at Lincoln Center Orchestra with Wynton Marsalis gives a centenary performance in honor of the great Charles Mingus with music direction by Vincent Gardner. With a blend of swinging hard bop, Afro-Latin grooves, and deeply felt blues that characterized Mingus's pen, this concert celebrates why Mingus’s music remains some of the most beloved of all time.

One of the most important figures in jazz, Charles Mingus was a virtuoso bass player, accomplished pianist, bandleader, and genius composer. He performed with Charlie Parker, Miles Davis, and more, and his singular compositional voice led many to consider him as the heir apparent to Duke Ellington. A fierce advocate for musicians' rights and creative efforts, Mingus remains, even half a century after his passing, an inspiration for artists seeking to blaze their own trails and take charge of their own destinies.

This performance was originally scheduled for May 1, 2021. All existing tickets will be valid for the new date.