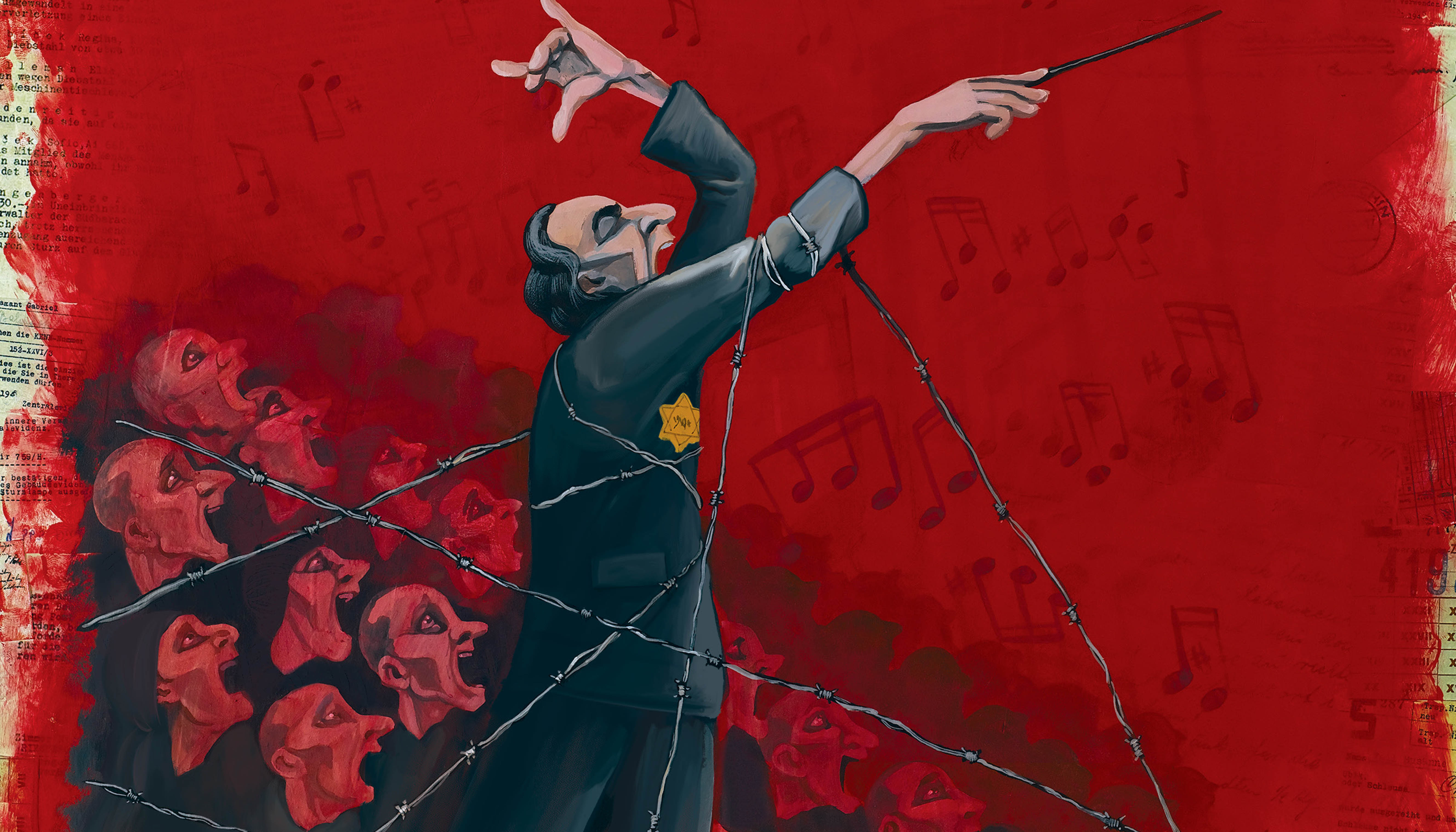 Since the world premiere performance twenty years ago, the multimedia concert-drama Defiant Requiem: Verdi at Terezín, has had a profound and lasting impact on the performers, audiences, and communities who have experienced this powerful story live. Defiant Requiem combines the magnificent music of Verdi with video testimonials and narration, to tell the story of the courageous Jewish prisoners in the Theresienstadt Concentration Camp (Terezín) who performed the celebrated Verdi Requiem while experiencing the depths of human degradation. With only a smuggled score, they performed the famous oratorio sixteen times, including one performance before senior SS officials from Berlin and an International Red Cross delegation. Conductor Rafael Schächter told the choir, “We will sing to the Nazis what we cannot say to them.”