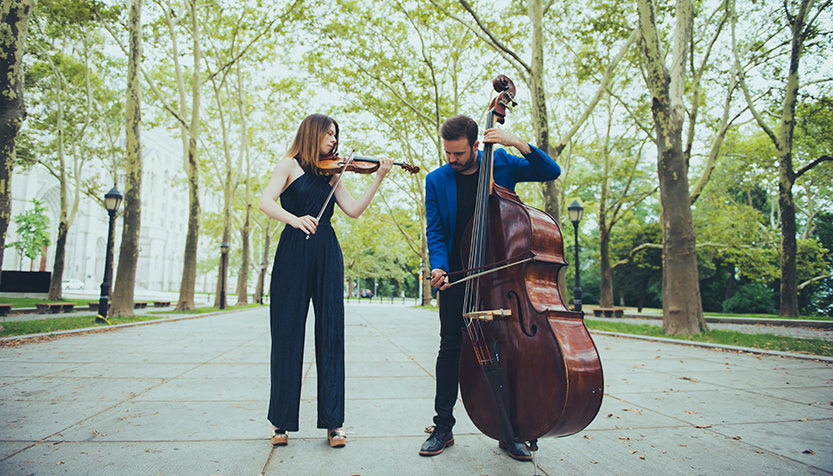 Violinist Tessa Lark and composer and bassist Michael Thurber first met many years ago as alumni of NPR’s From the Top. It wasn’t until 2016 that the old friends began their duo collaboration which incorporates Lark’s American music roots and Thurber’s diverse musical appetite.

“The fiddle and bass are both such versatile instruments and have played vital roles in so many different musical traditions around the world. It feels very natural to explore the full range of our musical heritage and not be bound by genre,” says Thurber, who can also be found slapping his bass on The Late Show with Stephen Colbert as a member of Jon Batiste and Stay Human.

The duo’s debut album Invention, which intersperses arrangements of J.S. Bach’s Two-Part Inventions with original compositions by Lark, Thurber, and Eddie Barbash, was released in August 2019.