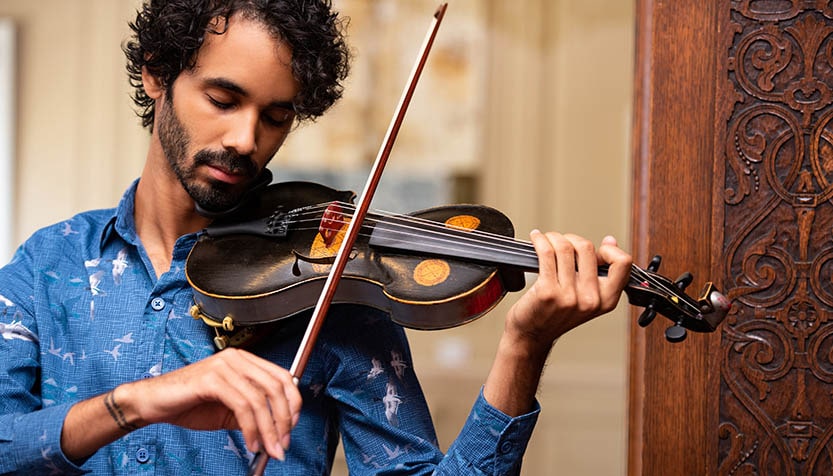 Jake Blount is a fiddler, banjoist, singer, and scholar who digs deeps into his own personal heritage. Blount’s performances and compositions shine a light on the traditional music of Black and Indigenous communities in the American South and strive to preserve this art form. In 2016, Blount became the first Black person to make the finals at the prestigious Appalachian String Band Music Festival in Clifftop, West Virginia, and the first to win in the traditional band category. In the following year, he received a bachelor of arts in ethnomusicology from Hamilton College and released his debut EP, Reparations, with award-winning fiddler Tatiana Hargreaves. He has shared his music and research at the Smithsonian Institution, the Museum of Fine Arts in Boston, Massachusetts, and other museums, colleges, and universities.

Sponsored by Sarah and Dan Gallagher