Soaring world premiere portrays a father-son relationship built in the shadow of the Holocaust. 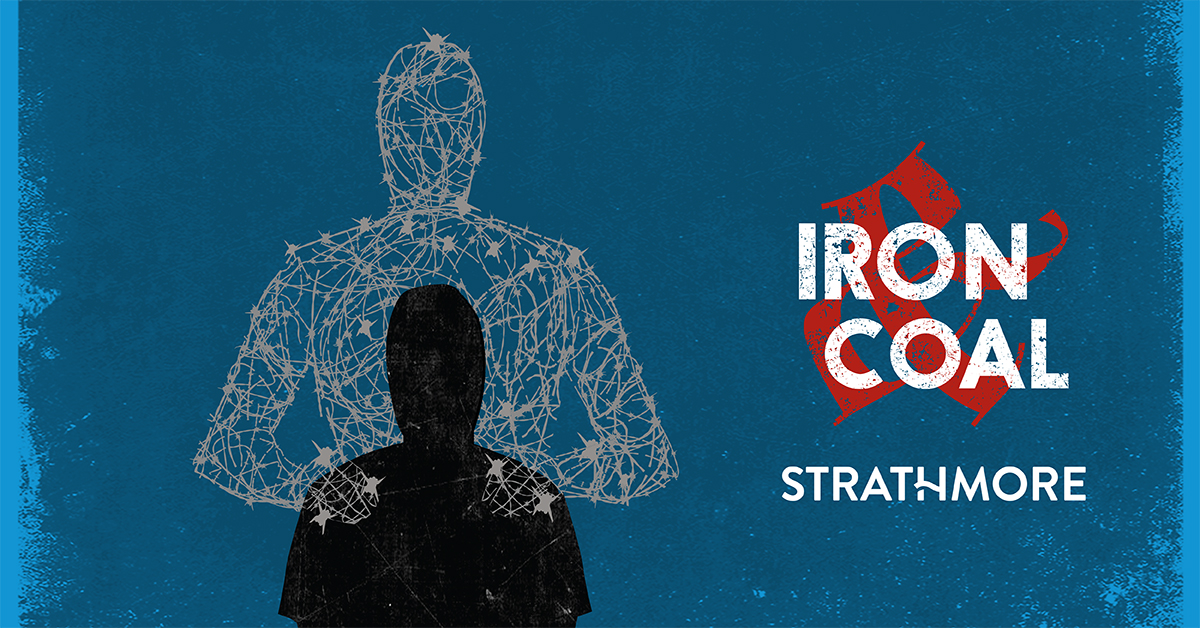 Iron & Coal is a powerful new theatrical concert by acclaimed composer and performer Jeremy Schonfeld. Inspired by the memoir of Schonfeld’s father, who spent a year in the Auschwitz concentration camp at the age of 10, this soaring production strives to find meaning in a life and relationship built in the shadow of the Holocaust. The ghosts of a distant and vanished world, both of horror and the iron will to survive, mix with the present in this remarkable world-premiere production.

Featuring dramatic visuals, a rock band, full orchestra, and over 120 adult and youth voices, Iron & Coal is a larger-than-life production that celebrates the indomitable spirit of our ancestors and the legacy we carry with us.

Read the story behind the creation of Iron & Coal in “Survivor, Son & Song”
Follow along on Facebook, #IRONandCOAL

“What we have learned from works like Hamilton and other cutting-edge treatments of historical content is that the contemporary language of pop, rock, rap, and visual media are powerful tools to bring new audiences to our shared history and the lessons it offers.” — Strathmore Artistic Director Joi Brown

Based on the original concept album Iron & Coal by Jeremy Schonfeld

Bring your synagogue, school, church, or any group to Iron & Coal! Groups receive discounts on tickets, customized options, and concierge service. Email groups@strathmore.org or call 301.581.5199 to learn more or book your group.

Kevin Newbury (director) is a theater, opera, and film director based in New York City. He has directed more than 60 original productions that have been presented by opera companies like San Francisco Opera, Lyric Opera of Chicago, and Houston Grand Opera. Newbury’s work has also been presented at the Glimmerglass Festival and in prestigious venues such as Carnegie Hall and the Kennedy Center.

David Bloom (music director) is founding co-artistic director and conductor of Contemporaneous, a New York-based ensemble of 21 musicians dedicated to performing the most exciting music of the moment. Bloom has conducted more than 200 world premieres at venues such as Carnegie Hall, Lincoln Center, and the Museum of Modern Art. He regularly works outside of the classical realm with pop artists from David Byrne to Courtney Love.

Thomas Seltzer (animator) is the founder of Seltzer Creative Group, LLC, a design agency based in Brooklyn, New York. Seltzer studied at Columbia University and the Pratt Institute and has extensive experience as a designer, illustrator, and art director.

Beth Morrison Projects (creative producer) was founded in 2006 to support the work composers and their multimedia collaborators by encouraging risk-taking, creating a structure for new work that is unique, and allowing the artist to feel safe to experiment and push boundaries. Beth Morrison Projects has been hailed as “a contemporary opera mastermind” (Los Angeles Times) and at “the edge of innovation” (Opera News). The works it has produced have been presented in world-renowned venues, including the Brooklyn Academy of Music, Disney Hall, Lincoln Center, and more.

Rinde Eckert (actor) is also a writer, composer, and director. Named an inaugural Doris Duke Artist in 2012, Eckert is also a Grammy Award winner and Pulitzer Prize finalist for drama. Praised for his command of gesture, language, and song, in February 2017 Renée Fleming tapped Eckert to open the inaugural season of her VOICES series at the Kennedy Center.

Preconcert Lecture: Let Their Stories Be Told: The Holocaust in Art and Culture, Thu, May 3, 2018, free with concert ticket, registration highly recommended

Post-concert Q&A with the Artists, Thu, May 3, 2018, free with concert ticket, no registration required

Strathmore thanks patrons who purchase premium Producer Tickets for opening night of Iron & Coal. You will be recognized in the show program for your contribution to this world-premiere production. Thank you for your support and investment in the arts!