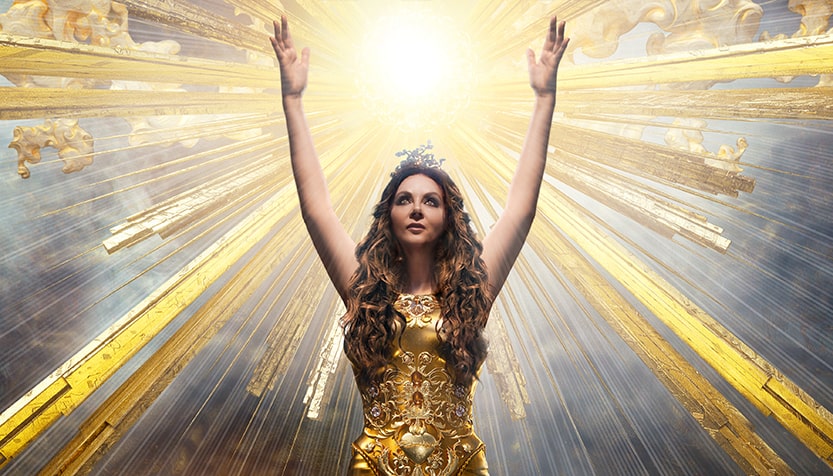 Known for her three-octave range and for pioneering the classical-crossover music movement, nearly everything about Sarah Brightman’s illustrious career has been epic. The soprano’s turn as Christine Daaé in The Phantom of the Opera made her an iconic star and her duet with Andrea Bocelli, “Time To Say Goodbye,” became an instant classic.

Hymn, Brightman’s latest album is an inspirational collection of orchestrated, choir-based songs. Hymn isn’t religious, she says, but the word ‘hymn,’ “suggests joy—a feeling of hope and light, something that is familiar and secure.” Of the Hymn World Tour, which includes 125 shows on five continents—including Brightman’s Strathmore debut, she says fans should “expect the unexpected!”

Originally rescheduled for October 27 & 28 2020. All existing tickets will be valid for the new dates.

Our long-held ticket exchange policy preserves your flexibility so you can always purchase with confidence. In addition, patrons will be entitled to a full refund if Strathmore is unable to hold an event as scheduled.

VIP packages for select Strathmore Presents shows are offered by request of artist management, and contents and pricing are determined by outside VIP Package facilitators.

VIP Packages for select Strathmore Presents shows are offered by request of artist management, and contents and pricing are determined by outside VIP Package facilitators. Strathmore strives to keep many tickets available at standard price points for our patrons. If you have any questions about the Sarah Brightman VIP Packages, please reach out to slocustomerservice@slotix.com and cc strathmore@strathmore.org. View all VIP Package Terms & Conditions.