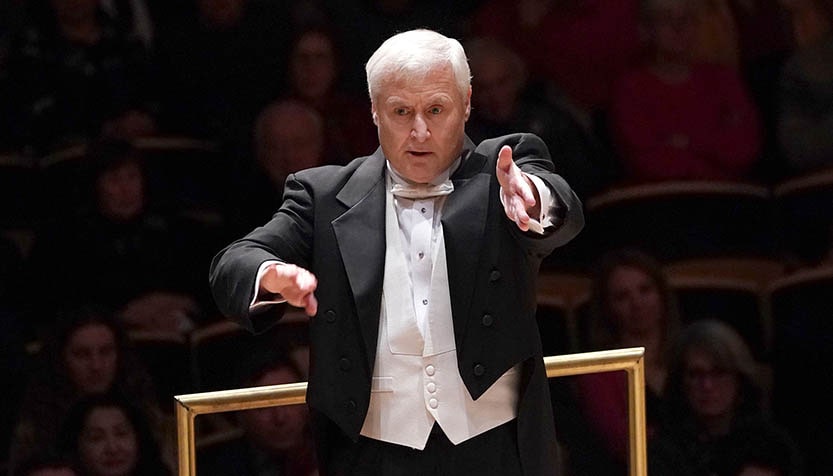 In Memoriam is an opportunity for those who mourn the missing to celebrate them through the beauty and poignancy of classical music. From Adolphus Hailstork, whose style blends musical ideas from both the African American and European traditions, you’ll be treated to Essay For Strings. This one-movement composition is a tribute to colleague Glen Hull. It is based on his initials,G. H., which in music are represented by the pitches of G and B-natural, heard throughout the piece.

Richard Strauss’s Metamorphosen is scored for ten violins, five violas, five cellos, and three double basses. Composed during the closing months of World War II, from August 1944 to March 1945, the piece mirrors the agony, chaos, and destruction of the time. Towards the end, you will hear several bars of the funeral march theme from Beethoven’s Eroica Symphony quoted explicitly in the bass part, accompanied by the words “In Memoriam!” in the score.

The National Philharmonic presents a FULL concert season of streaming concerts that can be accessed on the device of your choice at no charge at www.nationalphilharmonic.org. Concerts will originate from the Strathmore Music Center and AMP by Strathmore stages.

This concert is not presented by Strathmore.