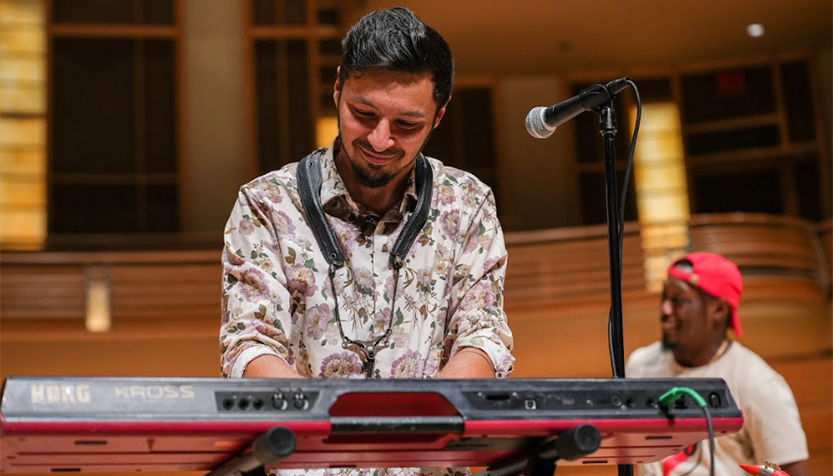 Tenor saxophonist Elijah Jamal Balbed is one of the premiere jazz artists in Washington, DC. Winner of the 2020 DC Jazz Prix Competition, Elijah has received acclaim from various publications such as The Washington Post, Washington City Paper, Capital Bop, and Smithsonian Magazine. In addition to jazz, Elijah has a deep love for the DC-founded genre of go-go. Elijah performed with “Godfather of Go-go” Chuck Brown from 2011 until Mr. Brown’s passing in 2012. During his time as a Strathmore Artist in Residence (AIR) in 2014, Elijah founded The JoGo Project —a jazz/go-go fusion band dedicated to promoting and preserving the legacy of DC’s unique art form.  Over the last decade, Elijah has established himself as an international artist, having performed in Japan, the United Kingdom, Jazz at Lincoln Center Doha (Qatar), and on the Capital Jazz Cruise which has taken him all around the Caribbean islands.