An Evening of Urban Latin Music with JChris 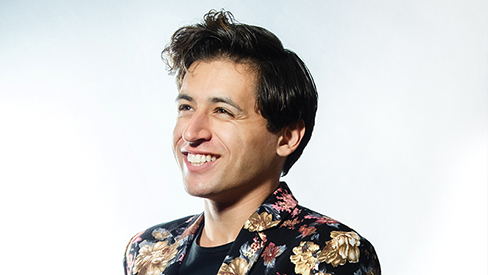 Singer-songwriter, pianist, and producer ​Chris Urquiaga​, also known as JChris, is lauded for his exciting performance energy and smooth voice. This Latin pop virtuoso is internationally recognized for his pop compositions which are laced with Latin, Afro, and Brazilian influences. Chris is a proud gay Latino artist, and his music explores themes of gender fluidity and queer culture.

An alum of the 2017 Strathmore Artist in Residence (AIR) class, Chris has since received consistent acclaim and continues to reach more expansive audiences. In 2019, he was the featured performer for the Hispanic Swearing-In Ceremony for the 116th US Congress. That same year, Chris was featured on the cover of ​ Metro Weekly magazine, being described as an artist with a “potent, sweet, and rich voice [with] songwriting skills to match.” In 2022, Chris also became the Assistant Director for Grace Chorale of Brooklyn. A multi-faceted artist growing in popularity, his new urban pop sound has garnered him hundreds of thousands of listeners on Spotify and YouTube.