Engaging the Community Through Art, One Step at a Time 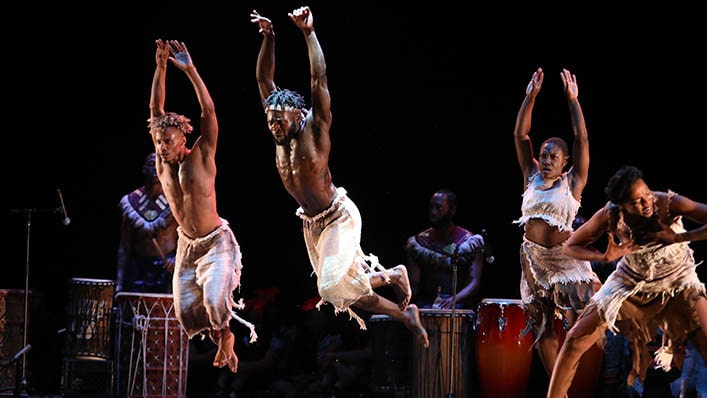 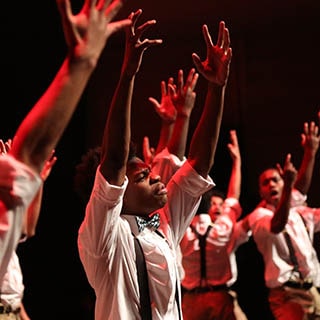 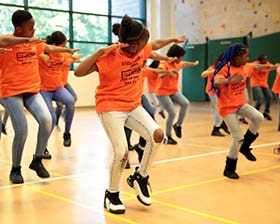 Step Afrika!’s mission is to preserve and promote the art form of stepping and to utilize it as an educational and motivational tool for young students everywhere

Step Afrika! puts stepping on the map in the DC region and beyond.

If you’re not familiar with stepping, it’s a percussive, energetic art form that originated in historically African American fraternities and sororities. Most think of Spike Lee’s 1988 film School Daze as the first time stepping was brought into the public eye; prior to that, it was really only visible at colleges and universities with a “vibrant community of African American Greek letter organizations,” as C. Brian Williams, the founder of Step Afrika!, puts it.

As a member of Alpha Phi Alpha Fraternity at Howard University, Williams had a deep connection with step. While living in the Southern Africa country of Lesotho in the early 90s he was fascinated by both the similarities and differences between step and traditional African dances. Now, his company performs around the world, displaying a unique and profound blend of step, traditional, and contemporary dance styles.

Step Afrika! artists are master educators…we are proud to partner with professional performing artists of this caliber and to bring them into spaces with the community.

“Step Afrika!’s mission is to preserve and promote the art form of stepping and to utilize it as an educational and motivational tool for young students everywhere,” says Williams. This principle has been a major catalyst for Step Afrika!’s partnership with Strathmore: both institutions employ the arts in their education programs and to encourage community engagement.

This dynamic partnership has evolved over 15 years through active collaboration and consideration of how their missions intersect in the future. Six years ago, the two organizations began a groundbreaking initiative called Step Afrika! Step Xplosion. This distinctive celebration of stepping showcases step squads from around the region, from Howard University’s Cook Hall Dance Team to teams from Eleanor Roosevelt High School in Prince George’s County and Paint Branch High School in Montgomery County.

Annually, Step Afrika! Step Xplosion is an enthusiastic kickoff to the Step Up residency program, which is part of the Bloom by Strathmore initiative to expand access to the arts. In a typical year, Strathmore and Step Afrika! work together at three educational residency sites—Paint Branch High School, Greencastle Elementary School, and Good Hope Community Center. Step Afrika! teaching artists coach students on the physical skills associated with stepping as well as the three tenets of step: teamwork, commitment, and discipline.

“Step Afrika! artists are master educators,” says Lauren Campbell, Director of Education at Strathmore. “We are so proud to partner with professional performing artists of this caliber and to bring them into spaces with the community.”

Over the course of 16 weeks with these artists, students learn a full routine that they perform in a showcase at Good Hope Neighborhood Recreation Center, an opportunity for the students at each residency site to exhibit how far they’ve come as artists and as young leaders. “Strathmore has helped Step Afrika! provide access to artists to keep nurturing and performing this dance form that we love so much,” remarks Williams.

The intersection of Strathmore and Step Afrika!’s missions produces quality outreach initiatives for the community and opportunities for audiences to experience the work from multiple angles. Step Afrika!’s Drumfolk, co-commissioned by Strathmore and making its DC-area debut at the Music Center in March, is a work that Williams believes will both expose audiences to art forms they’ve never seen before and give them a lesson in American history.

The piece draws inspiration from two historical events: the Stono Rebellion of 1739, and the resulting Negro Act of 1740. “[These] two events . . . tell us so much about American history that we haven’t known,” says Williams. Uncommonly taught in traditional American history classrooms, the Stono Rebellion was a slave rebellion that took place in South Carolina. The white settler-colonial government responded by passing the Negro Act, which, among other oppressive measures, restricted enslaved people from using drums. Drumfolk tells the story of how enslaved people persisted in making music and expressing themselves with their bodies. It showcases forms of dance like stepping, hambone, and the African American rainshout, “one of the oldest and most little-understood African American art forms in this country,” according to Williams. “I’m excited about the conversations that will come out of Drumfolk,” he notes. “Folks just appreciate the chance to learn something while also being awed by the rhythm, the dance, and the movement.”

Strathmore’s President and CEO, Monica Jeffries Hazangeles, is also excited about what Drumfolk will bring to local audiences. “Our region is an incredibly rich amalgam of cultural treasures and traditions,” observes Hazangeles. “With Drumfolk, Strathmore and Step Afrika! are animating a defining moment in history that is important to Africans and African Americans in our community and inspiring to us all.”

And the pure awe that comes from witnessing the company’s artistry can’t be spoken of highly enough by Artistic Director and Vice President of Programming Joi Brown: “The percussive movement and dance are virtuosic, and the artists exude charisma on stage. With the theatricality of Drumfolk, audiences can look forward to an even wider range of experiences and storytelling in the hands of masterful artists.”

In the words of Williams, “There’s no production in the world quite like Drumfolk.” And given the deeply rooted and constantly growing relationship between Step Afrika! and Strathmore, it seems there’s no place to see this innovative performance quite like the Music Center. “Being in the Strathmore concert hall is always a wonderful experience for me,” says Williams, and no doubt, Drumfolk is the next in line.

With Drumfolk, Strathmore and Step Afrika! are animating a defining moment in history that is important to Africans and African Americans in our community and inspiring to us all. 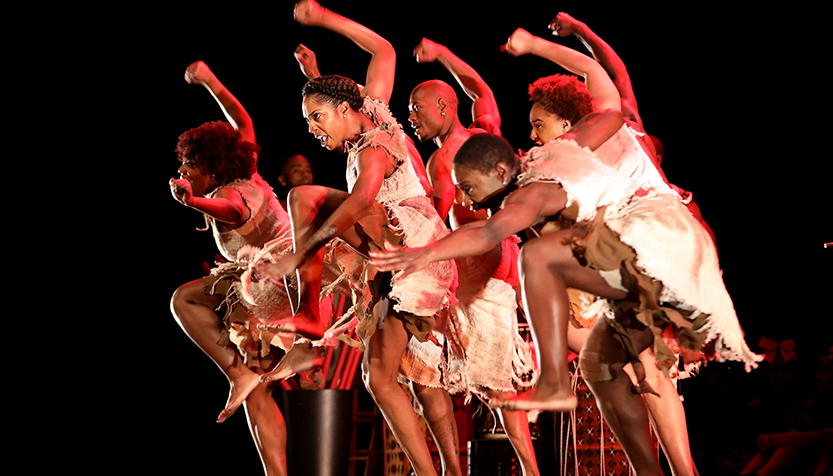 Step Afrika!’s newest performance, Drumfolk, is a celebration of resistance, resilience, and reclamation.

Tickets are on sale now! 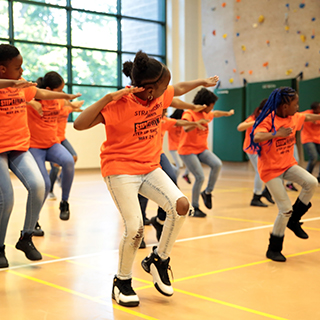