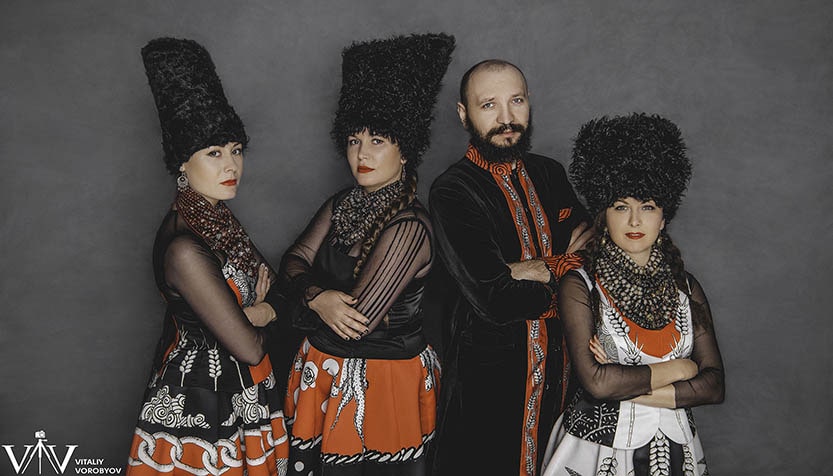 Hailing from Kyiv, Ukraine, DakhaBrakha is an internationally acclaimed quartet with roots in traditional Ukrainian folk music. The group formed in 2004 at the Kyiv Center of Contemporary Art by the avant-garde theatre director Vladyslav Troitskyi. After a period of experimentation with traditional Ukrainian styles, the quartet began to weave the sonic landscape of the surrounding world into their music using a unique combination of Indian, Arabic, African, Russian and Australian traditional instrumentation along with astonishingly powerful and uncompromising vocals.

With a name that means "give/take" in the old Ukrainian language, DakhaBrakha strives to tap into the potential of Ukrainian melodies while receiving inspiration from the global human experience, touching the hearts of audiences of all ages from all parts of the world. Their performances are full sensory experiences due to the group’s roots in theatre work, fully staging their music with an impactful visual element. Every audience takes something new away from a DakhaBrakha performance, known for inspiring "cultural and artistic liberation."